I work in a big organisation on a campus spread across a number of buildings. I have a single office in a small peripheral building, so when I'm at work that's where my bike is. But a lot of people work in shared spaces or public areas and leave their machines in the bike parking area under the overhang of the main building. I often take the chance to walk through and see what other people are riding.

All bikes are cool, but these two were cool enough to stop and take a picture. I only saw them once each, so maybe they were visitors, or maybe these are what someone was riding while their other bike was in the shop.

This one has the unmistakable Raleigh head tube badge. The labels say "Picnica by Bridgestone". Google says that's a seriously cool piece of retro kitch. A small wheel, folding bicycle sold through the 1980s, with a belt drive, popular predominantly in Japan.

The helmet tells the rest of the story. 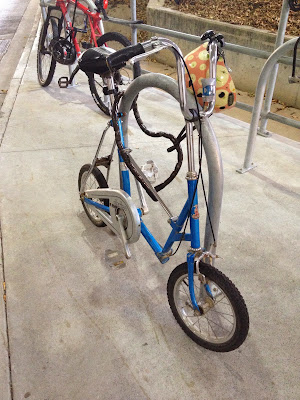 This one is practically brand new. The 26" wheels and the geometry remind of the old school mountain bikes I used to ride. The leather saddle with large copper rivets, the comfy commuter hand grips set in an insanely low riding position, says he's a real rider's rider. (It has to be a boy.) Unfinished alloy frame, thoroughly modern hardware, fixed single-speed drivetrain and a single, front disc brake with a big, pink rotor guard built into the fork. The light, plastic mud guard is Dutch. Maxpowercycles is a German maker of polo specific bike frames. See if you can mail order one. 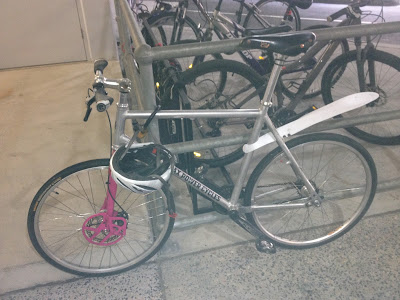 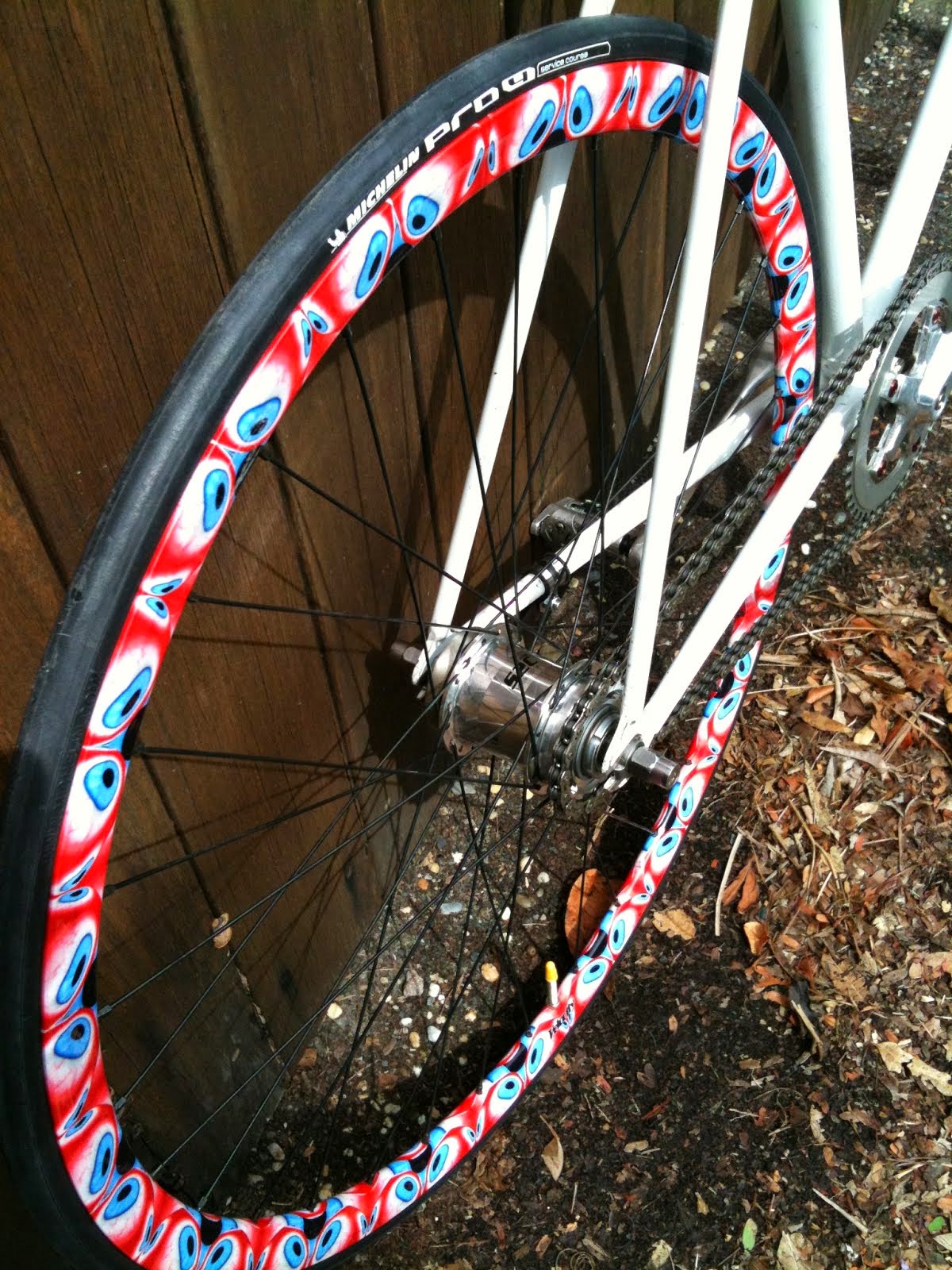